From an Orthodox Jewish wedding we photographed in Montreal, Canada: 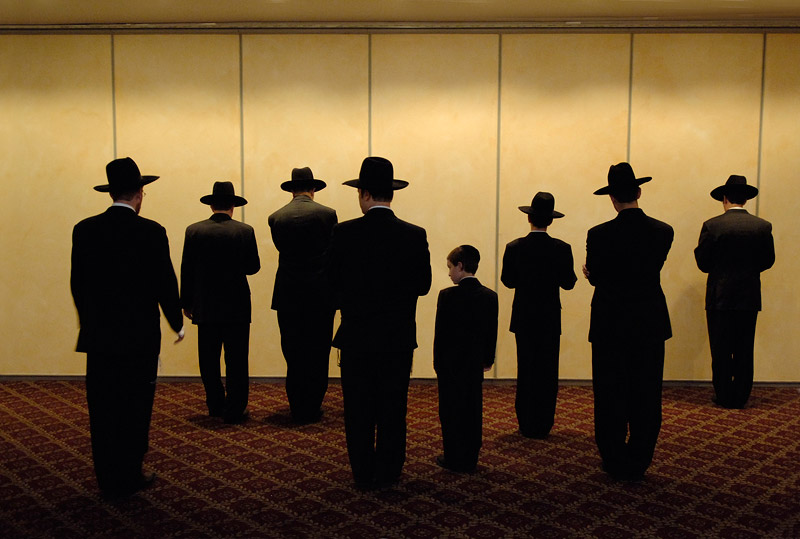 Seven men are praying towards Jerusalem. According to Jewish Orthodox traditions, if a religious man is physically not present in Jerusalem, he should face the city in his prayers. This wedding took place in Montreal, Canada, which means that the wall is on the east side of the building.

Completely consumed by the expression of devotion, the men sway while they pray, which can be noted by the different tilts of their hats. The only child in the photo is too young to wear the black hat. Interestingly, he is also too young to be entirely devoted as evident by his profile looking in the north direction. The men are praying for the groom, David, who is not yet married to his bride Judith nor is he in the photograph.

This simple yet powerful and meaningful photo-journalistic wedding photograph was selected by National Geographic as the “Photo of the Day” on August 23rd, 2010.